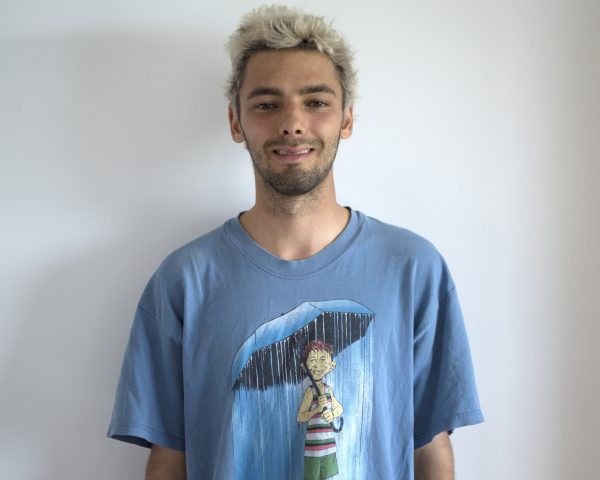 VICTORBEATS, philosophy student, born in Barcelona in 2001. Raised in the duality that postmodernism seeks to break, he lives halfway between his North American ancestry and a Mediterranean context. His paintings are the look of those who were born at the beginning of the last century. Triggered by a psychotic break in his teens, Victor turned to drawing the world he inhabits. A world with several layers that combine the real and the represented -impossible to differentiate for those who experience psychosis-.

“The truth is the error that escapes from deception and is reached from a misunderstanding.”

The artist, from this premise, establishes a creative game through the layers of paint. Each level of reality is a coat of paint. Adding one on top of the other represents the different planes (the real and the imaginary) that merge into unity in the painting. Only in this way, through the mixture and confusion of one and the other, it is possible to understand the whole.

This work, steeped in pluralism and diversity, is the fruit of a genuine expression. From the state of flow and a pure intuition Victor paints the current conflicts in the color of his emotions. His trash and psychedelic aesthetics are combined with his references to the American urban culture of the late 90s. Victor draws on the cardboards that they used to shelter from the cold. 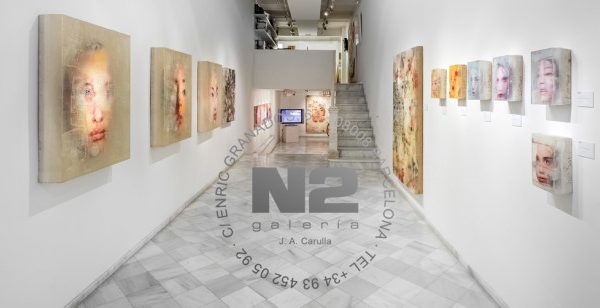