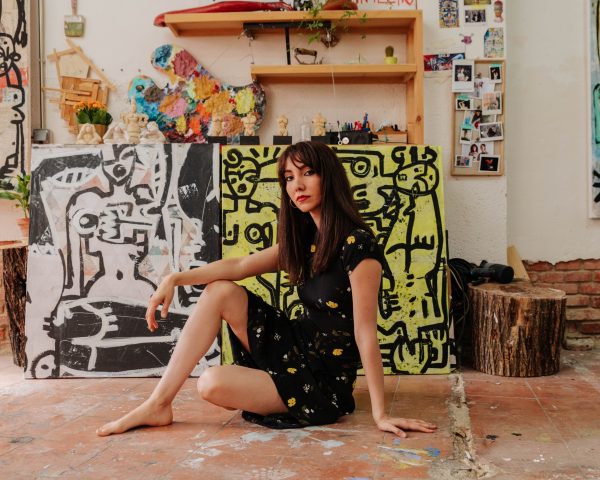 The alias Mrs.D stands as a complaint against the loss of identity of women when they marry, automatically leaving their surname to acquire that of their husband. It is something that still happens in many countries, installing itself as something implicit in the commitment between a man and a woman. Through her work, Sra.D seeks to represent all those women who seek their emancipation. Nobody’s women.

Lara Padilla, aka Mrs. D, lives and works between Madrid, Miami and New York. As a multidisciplinary creator, she uses painting, dance, sculpture, cinema and fashion as means of plastic expression. Thus, he combines texture and movement, canvases and garments that allow his work to travel between different social and professional contexts.

Graduated in Fine Arts from the Complutense University of Madrid and Master in Cinematography Direction from the TAI School, she has obtained individual and collective exhibitions at national and international level (Museo de Zapadores de Madrid-November 2020- or Art Basel Miami 2019 ).

In addition to her plastic career, she has exploited her profile as a fashion creator collaborating with clients such as Springfield, Pepe Jeans or Levis. She also actively collaborates with Patricia Field, the stylist of series such as “Sex In The City” or “The Devil wears Prada”, for her Patricia Field Art project.

The work of Sra. D, a.k.a Lara Padilla, encompasses disciplines such as painting, sculpture, dance, performance and fashion design.

Her mostly figurative pieces draw attention to the power of female representation through the deformation of the body and the use of color and textures. A vindication of gender exhibited through large hands as powerful instruments of battle or heavy feet, an image of the perseverance of women in their struggle. Mrs D. understands art, not as a silent showcase, but as a path of political action and intervention.

His aesthetic is an ode to diversity, portraying all types of bodies in order to promote a look of equality and authenticity.

His performances dialogue face to face with his pictorial and sculptural creation through the semi-experience between compositions and trajectories. The use of body painting underlines the plastic aspect of his choreographies while in his urban actions he insists on this reflection on the construction of identity conceived as belief.

However, the female body is not a prison for Mrs. D. In her latest creations she has expanded her visual discourse by exploring African and pre-Columbian art, cultural chapters of great social and conceptual significance such as Genesis or the interaction of bodies with new supports and textures. 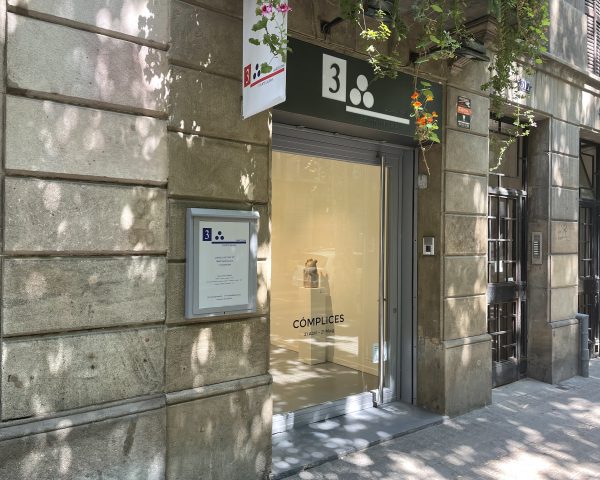 3 Punts Galeria works since 1994 in the promotion, distribution and marketing of contemporary art in all its disciplines. Our global vision of art leads us to collaborate with galleries and institutions and to attend international Art Fairs. Contemporary art…